Madison Utley speaks to Kathy Kleiman following the release of her first book, Proving Ground: The Untold Story of the Six Women Who Programmed the World’s First Modern Computer, a detailed history–and, perhaps more importantly, a celebration–of the female pioneers who triumphed against sexism and technical challenges to invent computer programming.

Q: I understand that Proving Ground is the first writing project of this scale you’ve undertaken, so can you tell me a bit about what motivated you to write this book?

I am a public interest internet lawyer and a professor of intellectual property and internet governance. Normally I write legal things: comments, articles, advocacy pieces. Writing books is not my forte, so a full-length narrative story was quite the challenge.

That said, I knew this story–the story of the programming pioneers who worked on a secret Army project during WWII–had to be told. These six women programmed the ENIAC, the world’s first general-purpose, programmable, all-electronic computer, which is the grandfather (or, dare I say, grandmother) of today’s laptops and smartphones.

I had known for many years I was sitting on a great story that contradicted the one I was taught in my computer science courses. The truth is the history of early computing, and the ENIAC project at the University of Pennsylvania during WWII, was quite diverse. The team included women and men, new immigrants, and people with diverse religious and ethnic backgrounds. That diversity was key to the team’s success in creating a new technology and ushering in the Information Age.

Whenever I hit a snag while writing, and I encountered many, I thought about my students and my desire to attract the next generation of young women and young men to STEM and STEM policy work. There is so much opportunity in these fields, with many jobs open today and millions more projected to open in the next few decades. This history inspired me to seek my career and I hope Proving Ground will inspire others to explore this space too.

Q: Can you talk about how the research process unfolded?

My undergraduate thesis at Harvard centered around the women at the heart of Proving Ground, the ENIAC Programmers. But 10 years after that, I found out most of those women hadn’t even been invited to the 50th anniversary of ENIAC because no one other than the original generation they worked with knew their story. As I saw it, that was a big problem.

In 1997, I got a grant to continue my research. I spent six months in the Library of Congress, among other archives, researching materials. I then interviewed four of the original six ENIAC Programmers, resulting in 20 hours of broadcast quality oral histories. I wanted to turn the cameras on them and let them tell their own stories. They did it wonderfully, beautifully, creatively. They’re funny. They’re brilliant. They were in their late 70s and early 80s at that point in the late ‘90s. They really became my mentors and role models. It’s their voices that I try to bring out in the book.

These interviews resulted in my co-producing the documentary, The Computers: The Remarkable Story of the ENIAC Programmers. We premiered at the Seattle International Film Festival and then won the Grand Jury Prize for Best Documentary Short from the United Nations Association Film Festival.

The demographic of a typical audience for a PBS documentary is 50+ year old, well-educated, white people but I explained, “No, we’re making this for everyone 12 and up.” So in telling the story, we didn’t assume any prior knowledge about the war, and we didn’t assume any technical knowledge either. We really wanted the film to be accessible to everyone, and that was something we tried to carry into the book as well.

It was an honor to watch the surviving programmers finally get some of the recognition they deserved, to watch them light up, to watch the audience at the screenings light up, and to watch the young women converge around them after, laughing and crying at the same time, wondering how they had never known this history.

Q: How did the process look different as you then prepared to tell the story through the medium of a book?

I had thousands of pages of research in my house, much of it in paper form. And while it may have been challenging to organize, thank goodness for that, because during COVID the libraries and archives were closed. I took over the den. The floor space became my filing space. I had piles of papers sorted by chapter spread across the room, that I was trying to arrange into a sequential story; at the same time, once I got into the later, technical chapters, I was really trying to break down a rather obscure method of direct programming which is both modern and esoteric at the same time. I was writing for a general audience, so I knew I had to make it accessible and I couldn’t “talk tech.”

Q: What role did Stuart play in getting Proving Ground out into the world?

Stuart was many things. He was an editor, but he was also the audience. He is someone who was incredibly well prepared to read this book on its different levels–the technology, the history, the law–and help make it accessible. He could answer: Did I get it right? Was I explaining this all well?

Stuart was also a sounding board; he was an encourager–Encourager, capital E; he was an architect. A lot of times, I felt like I was writing for him as I shared these stories. Then we’d get together and discuss if I had hit the marks and he would help me make sure we got it even better. We were working on a fast timeframe and he was turning things around very quickly, which I appreciated.

Q: Your book came out a month ago now. How does it feel to have it circulating in the world, and what kind of feedback have you been getting?

It’s very exciting. Publisher’s Weekly was the first to come back and say nice things about it. They loved it. Across the board, people seem to really be diving into this book and they’re seeing what I saw–that this is an inspirational story. My book has also made it onto some ‘Hot Summer Reads’ lists which I could have never have conceived happening, seeing as it’s a story about six techy women programming a 30-ton computer nearly 80 years ago. But it’s great.

I’m also getting a lot of fan mail, including from men. Many are telling me how moved they are by this history and others are asking questions, but my favorite are those who have been inspired by the book to tell me the stories of their own mothers, grandmothers, or great aunts–the women they know in tech who encouraged them to go into the field.

Stuff We Love: Read This if You Want to Be A Great Writer 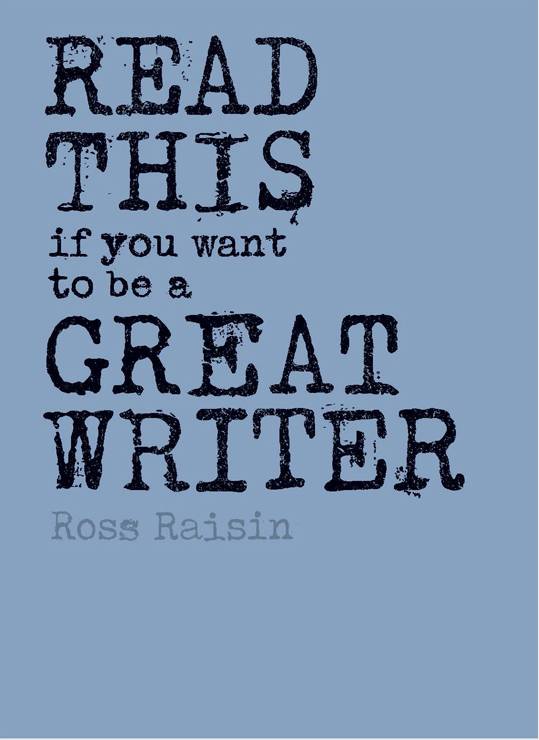 Or maybe I’m wrong. Have you heard of the book Read This If You Want To Be a Great Writer by Ross Raisin? The title is pretty sales-y, although I hear aspirational marketing works wonders. (For the record, I did not come up with the title, Blueprint Your Bestseller, either.)

Then I found out that what’s they call all the books in the series, Read This If… you want to be great at drawing, at taking photographs, etc. I was contemplating the move to writing my first fiction in thirty years. I better buy a book.

Broken into roughly sixteen categories, ranging from Place to Sex to Planning, I learned new things throughout. I also felt empowerment to apply what I already knew across the looming bridge from creative nonfiction to made-up storytelling.

But hey, that’s my process. You will have your own experience of this book by the British novelist, Raisin. To entice you further to buy it (note absence of affiliate links), here are a few of my favorite quotes:

“The plan you drew up at the end of your first draft will have more value than any plan you make before the first draft.”

“If you are stumped for the point at which to enter the narrative it may be helpful to forego, for now, an adherence to writing in a linear way from beginning to end.”

“Some works of fiction that play with preconceived notions of what fiction is supposed to look like can be so compelling that they create their own market. When form is bent to something new, your previously programmed way of reading a text can be, too.”

I think I realized that — as perhaps is true in all genres — it is the voice that beckons to us first. Ross’s expertise is combined with his confidence and warmth to make it feel like it is not such a cold world. I recently heard from one of my readers, “I just read your first book and I’m on your second book. I just wanted to let you know that I loved the graphics, humor, and voice. As I read, I felt as if a real person was talking to me and explaining the process. Most books I’ve read thus far have yet to have that same effect…”

I mean, that’s why we write craft books. It doesn’t send the kids to college. But maybe it helps a few lifelong learners along the way.